One of the 10 largest national parks in Africa, and the largest in Zimbabwe at 14,651 sq km, Hwange National Park, pronounced ‘Wang-ee’, has a ridiculous amount of wildlife. Some 500 species of bird and 107 types of animal can be found in the park.

Roaming Hwange’s savanna grasslands and woodlands are the Big Seven (Lion,Elephant,Rhino,Buffalo,Leopard,Giraffe,Cheetah) and 100 other species of mammals – the park has the biggest diversity of mammals out of the world’s national parks.

Visiting Hwange during the dry winter months of July to October guarantees spectacular wildlife sightings, as animals gather around the man-made waterholes in the park to drink.

What makes Hwange so special is its lack of crowds. For all of its biodiversity, huge herds of elephants and ease of sightings in the winter months, the park never gets crowded, which means you have the space and the quiet to soak up the magic of the bush. 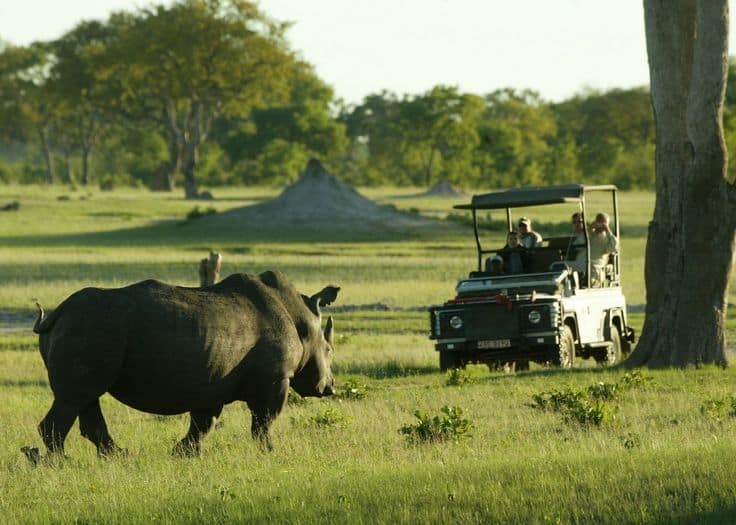 All Inclusive Per Person Sharing for 4 Nights to Vic-Falls and to Hwange National Park Experience the magnificent Victoria Falls and perhaps world’s finest wildlife Safari in Hwange.

All Inclusive Per Person Sharing for 3 Nights to Hwange National Park. Experience an Authentic Safari to one of Africa’s largest and most diverse National Park all in a memorable…