Witness the largest Elephant population in the world!

Famed for some of the world's largest herds of massive elephants, Chobe National Park in Botswana's far northeastern corner is one of the great wildlife destinations of Africa. In addition to the mighty pachyderms, a full suite of predators and more than 440 recorded bird species are present; watch for roan antelope and the rare oribi antelope.

Chobe offers safari enthusiasts the opportunity to experience the African wilderness and all its majesty from both land and water, in an area where a large variety of different animal and bird species can be seen on a daily basis.

In addition to the large elephant population, Chobe is also known for vast herds of buffalo, large prides of lion and the rare African wild dog. Antelope species to keep an eye out for are puku, lechwe, roan and sable antelope. The only member of Africa's Big Five not found in this park is the rhino.

The best time to visit Chobe National Park is from May to October with the hottest months being September and October and the cooler winter months May to August. This is when one is likely to experience the most intense game viewing around the waterholes and rivers, but it is also the busiest and most expensive time to visit. The migratory birds arrive from August to December. 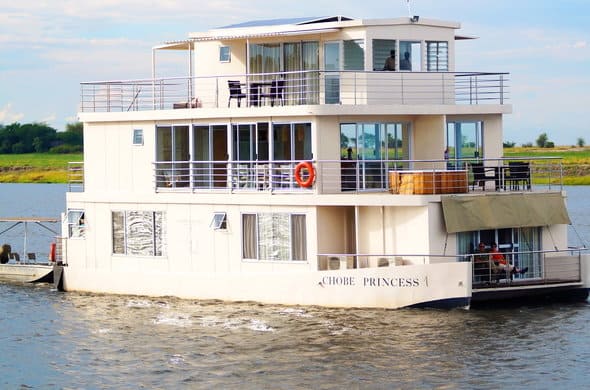